A Comprehensive Guide to Stoner Movies That You May or May Not Know About!

Whether you’re a pothead or not, stoner comedies are some of the funniest movies. To watch someone else high just adds a touch of hilarity to every film. Whether you’re not baked, half baked or burnt to a crisp, there are always stoner movies to keep you entertained.

There are some 420 movies; however, that never get old. While the list expands across decades, we did manage to pull together a few (a lot) that we think fall into different categories of good movies to watch when high! While we tried our best to make sure not to, some movie details may contain spoilers. Some of these movies are very well known, and some you may hear about for the first time; either way, we have you covered for all stoner occasions!

Set in the seventies, the decade that made everyone’s weed dreams come true, Up in Smoke, one of the best high movies of all time! Cheech and Chong, two lovable characters famous in the ’70s, find each other and make comedic history. This movie also set the stage for funny stoner movies to follow! Starting off with the two meeting by chance, the no-spoiler version of the story goes like this: Cheech and Chong meet by chance. Somehow, they manage to find themselves in Mexico. To make their way home, they agree to drive someone’s van back into the United States… except this is no ordinary van. The van is made of actual weed. Literally. All in all, whether you choose to watch this movie sober or stoned, prepare to go on a wild ride! 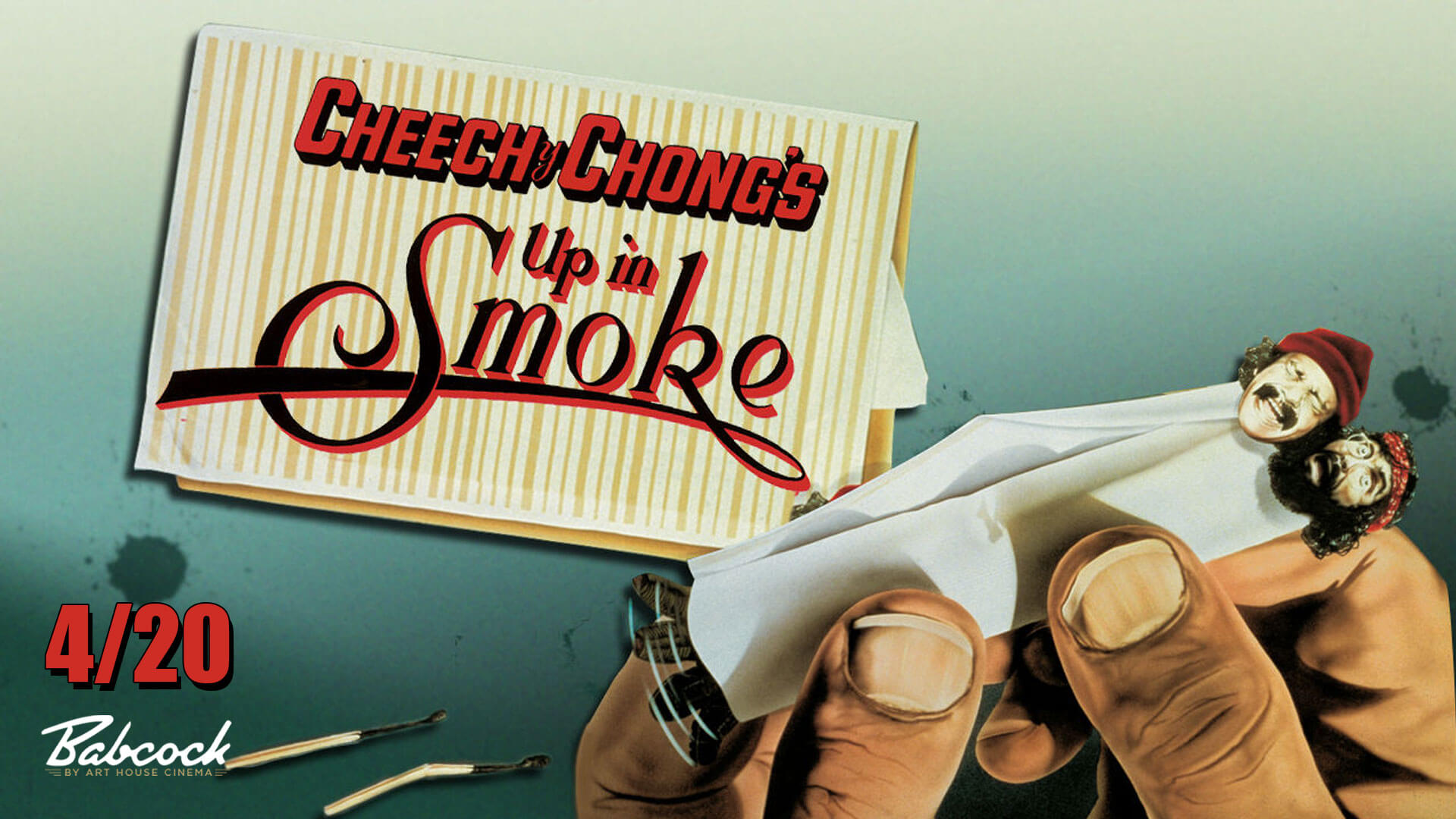 Remember O’Shea Jackson? No? What about Ice Cube, the rapper? Turns out he did more than make music. He co-wrote an entire film! If you have ever Googled “stoner movies – IMDb” or even a simple “weed movies,” Friday is one of the top five movies to show up. Reason? It’s just that good! The movie follows two friends who have no jobs, trying to pay their drug dealer. Why is the movie called Friday, though? Because the entire film is set on… you guessed it! A Friday!

While Ice Cube wrote the film, he also starred in it as Craig Jones, a recently unemployed man who did not want to find a new job and instead lazed around at home and with his equal stoner buddy, Smokey. The movie was exceptionally well received, making $27 million domestically. A little-known fact is that this funny stoner movie has a cult following, probably of stoners, but a following nonetheless. You know this movie is one of the best stoner movies not because of the cult following, the two sequels, or the high grossing release… but because the movie inspired internet memes which are still used today! 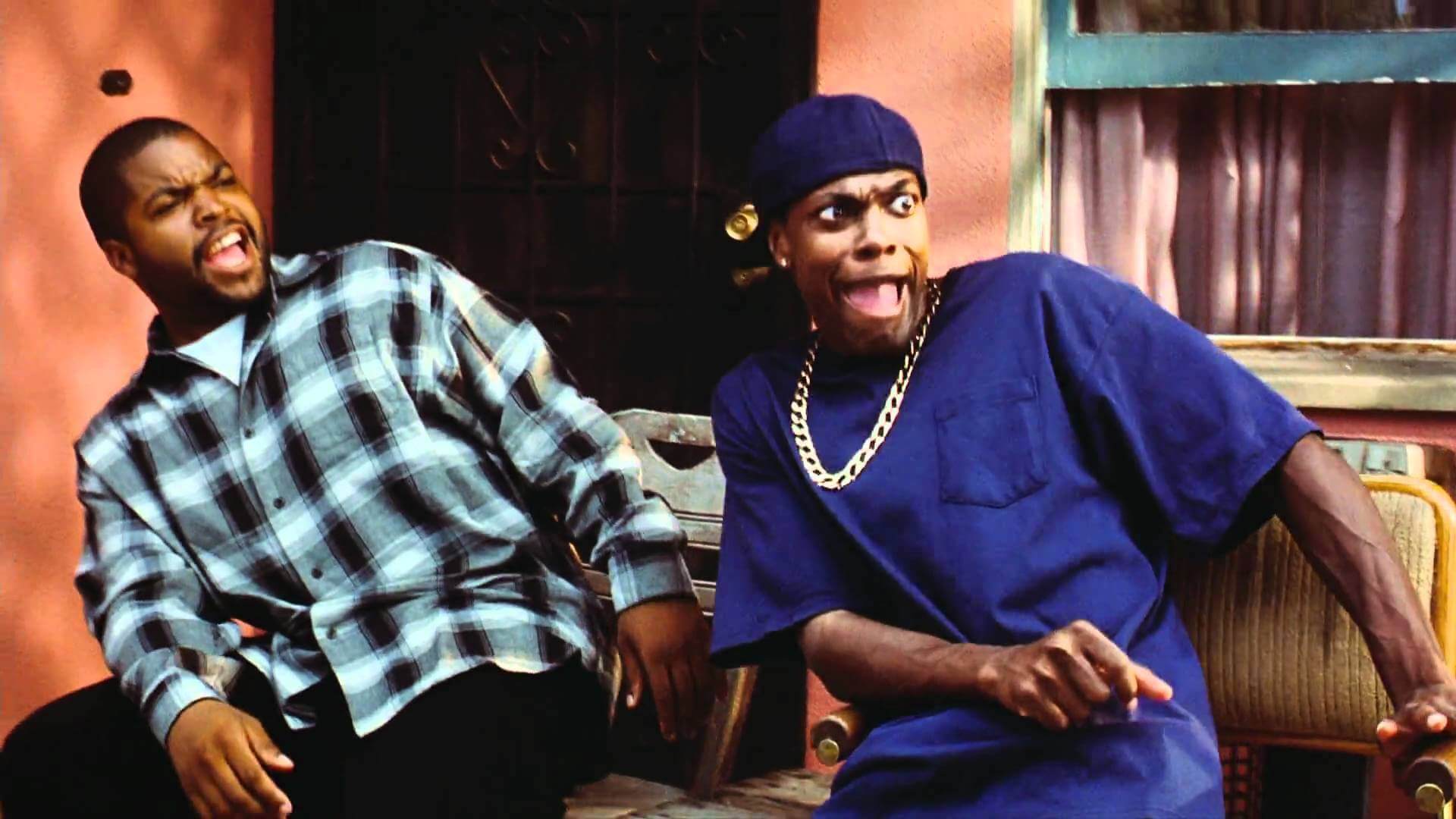 You can tell great stoner movies apart not by the reviews of professional film critics but by how stoners react to them. Half Baked made the what to watch when stoned list by their expanding cult following! Dave Chapelle, Guillermo Diaz, and Jim Breuer take the lead in a comedic film about friendship, mishaps, and simple slapstick humor! If you think you need to find an asinine storyline that makes you laugh till you split your sides, read on!

Kenny (played by Harland Williams) manages to kill a cop’s diabetic horse by feeding him snacks from his munchies run. Of course, the cop is devastated, and Kenny is charged, put in jail, and given a bail of an astounding one million dollars. As with all stoner movies, chances of him and his friends having money, especially a million dollars, is close to none. This utterly absurd storyline is probably why it has attained the status of a cult film for best movies to watch while high. Honestly, though, we can’t believe film critics rated it so low! This film is hilarious! 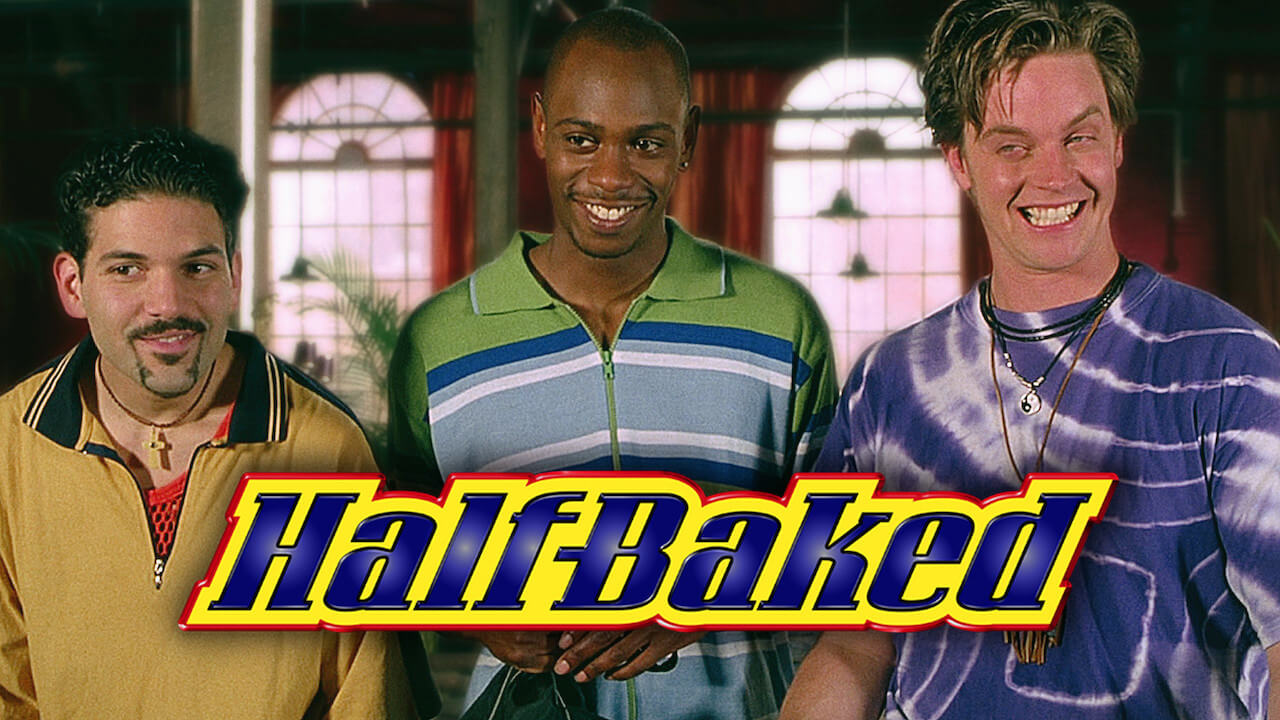 I don’t know about you, but we love the film just by reading the title. It literally screams Top Stoner Movie! Not relatively well known, this movie is a parody of several African American films such as Juice, Do the Right Thing, Friday, and the most famous of all, Boyz n the Hood. Let us tell you one of the reasons this tops our list of best movies to watch high: Ashtray, the main character, has a father who is younger than he is. He is best friends with someone names Loc Dog. Loc Dog has a pothead grandmother who sees absolutely nothing wrong with pulling the trigger at extremely random times. Honestly, this seems absolutely whack! Get your munchies, light up, and follow Ashtray and Toothpick, Peach, Crazy Legs, and a lot more characters with absurd names! 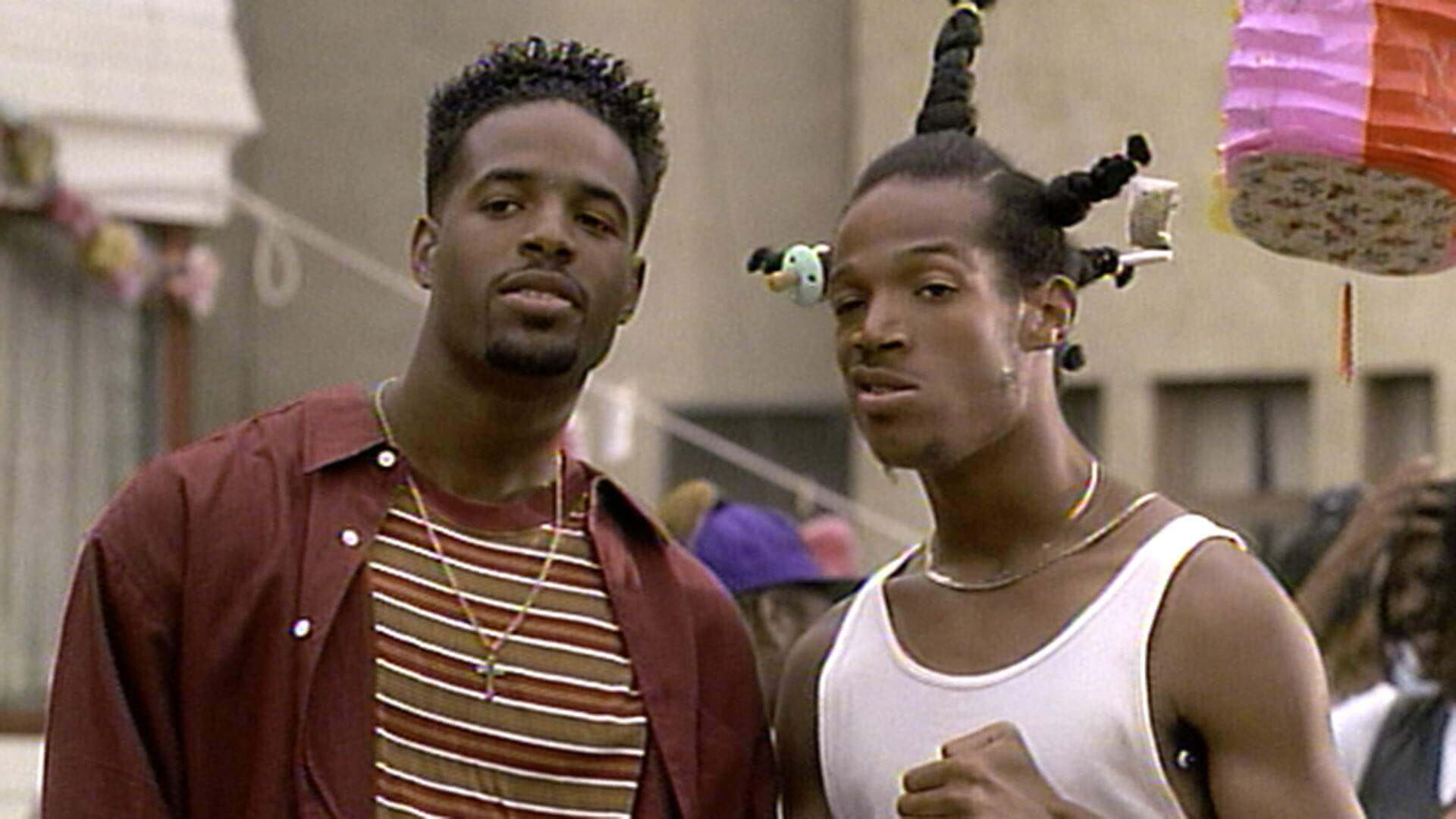 There aren’t many 420 movies that are released on 4/20. Except for Smiley Face! Says a lot about the film, doesn’t it? Starring Anna Faris and written by Gregg Araki, this film will be a great movie to watch while high!

This may not be the first name that comes to mind when looking for stoner movies on Netflix, but it led to Anna Faris willing the “Stoner of the Year” award for her performance. (Fun fact: the awards given by High Times magazine are called the Stony Awards!). The film was premiered at the Sundance Film Festival in 2007, after which it was released in Los Angeles.  It further gained popularity in British cinemas in 2008. This is a definite best high movie with Monika Bartzel writing about it in Cinematical, saying, “Araki’s comedy gives us the best of many comedic worlds in an incessantly funny, easily-quotable serving. From discussions of Marxism to love of lasagna, Smiley Face serves it all — with some weed and a very, very stoned smile”. 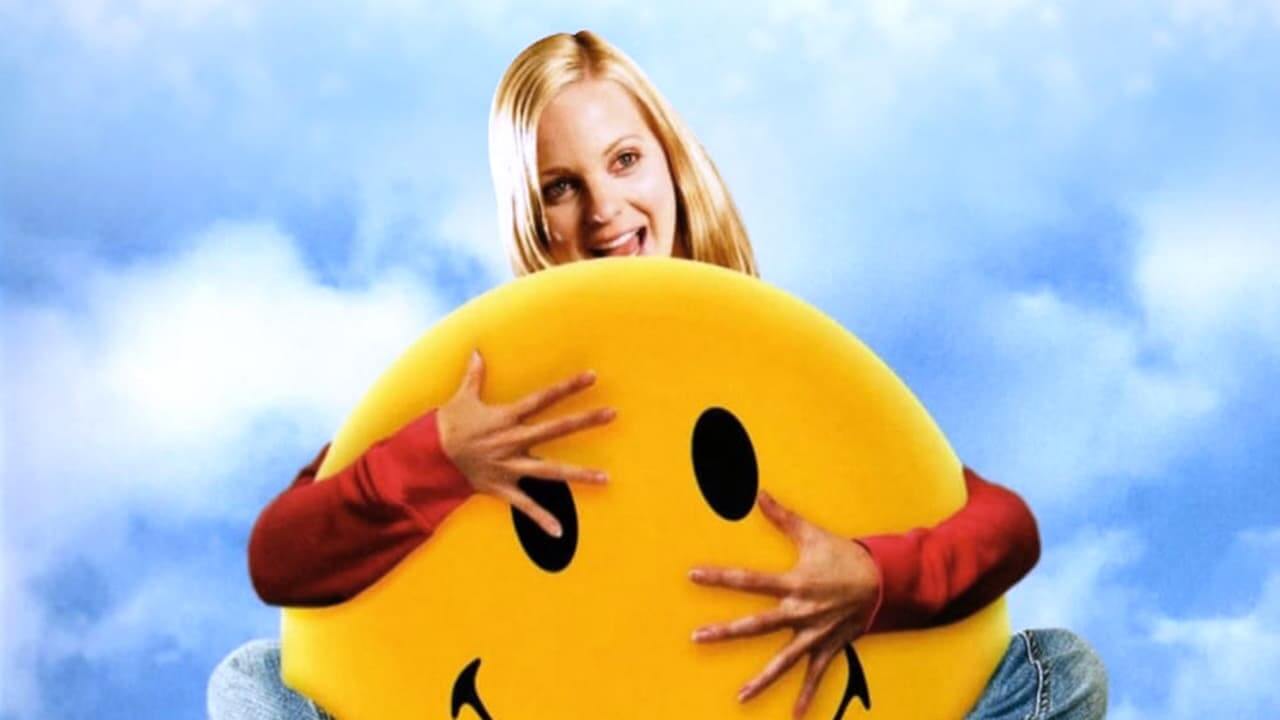 We’re not even surprised that the best trippy movies are rated poorly by film critics. However, when you look at the fan reviews, they are off the charts! How High will leave you confused about what you are watching in the best way possible… unless you are a film critic. Rotten Tomatoes shows the disparity quite well. The 57 critics rate it at a measly 26%, while an audience of over 50,000 people rated it at 79%. In fact, Amazon Prime has a full five-star rating. So let’s be clear, How High one of the definite top stoner movies!

If you’re looking for the best movies to watch when stoned, how about this? This movie is about two below-average students who would rather smoke pot than study. Somehow, they end up seeing hallucinations of their deceased friend when they smoke weed that was fertilized from the ashes of said friend. The hallucinations help the two friends get excellent grades and scholarships to Harvard University! Honestly, where was this weed when we were in university? Let us put it this way, though, if you are looking for one of the best weed movies of all time, watch How High! 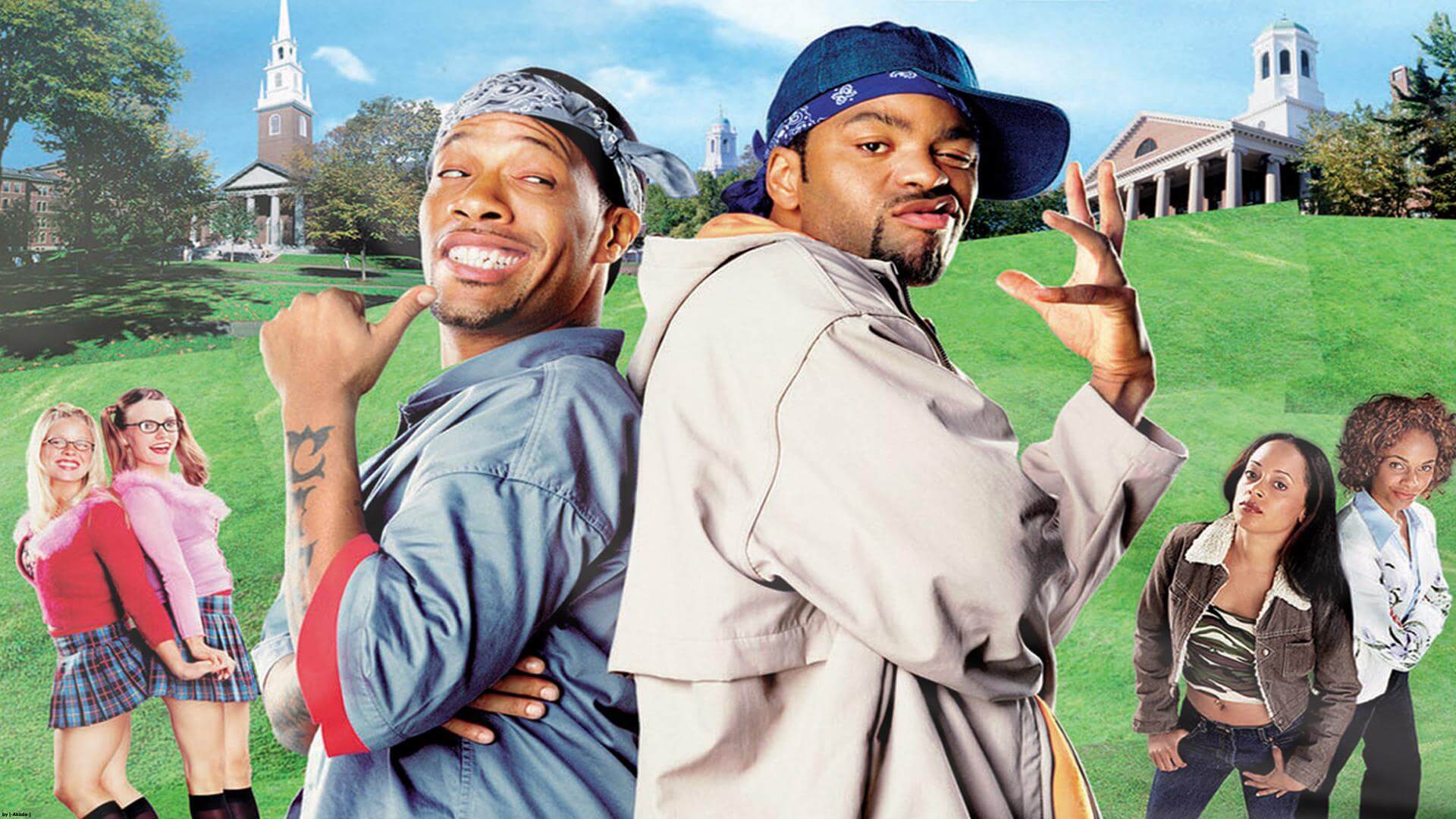 Tenacious D in the Pick of Destiny

If you’re in a slump, looking for the best stoner movies on Netflix, and come across Tenacious D in the Pick of Destiny. Do not scroll past it. Watch this movie immediately! While it technically does not fall under stoner comedies, this movie will make your high feel like one of the best in your life. Not surprisingly, the film was not well received by critics but has a cult following.

The movie is about the origins of an actual band. With Jack Black and Kyle Gass, it will leave you convulsing with laughter. Set in the 1990s, two bandmates go on a journey to find a guitar pick that belongs to Satan himself. According to legend, Satan’s guitar pick, the Guitar Puck of Destiny, would allow them to become rock legends. A musical adventure featuring Satan counts as an excellent movie to watch when high in our books! This stoner movie’s tagline: An epic quest. A magical guitar pick. A chance to put the D in Destiny. 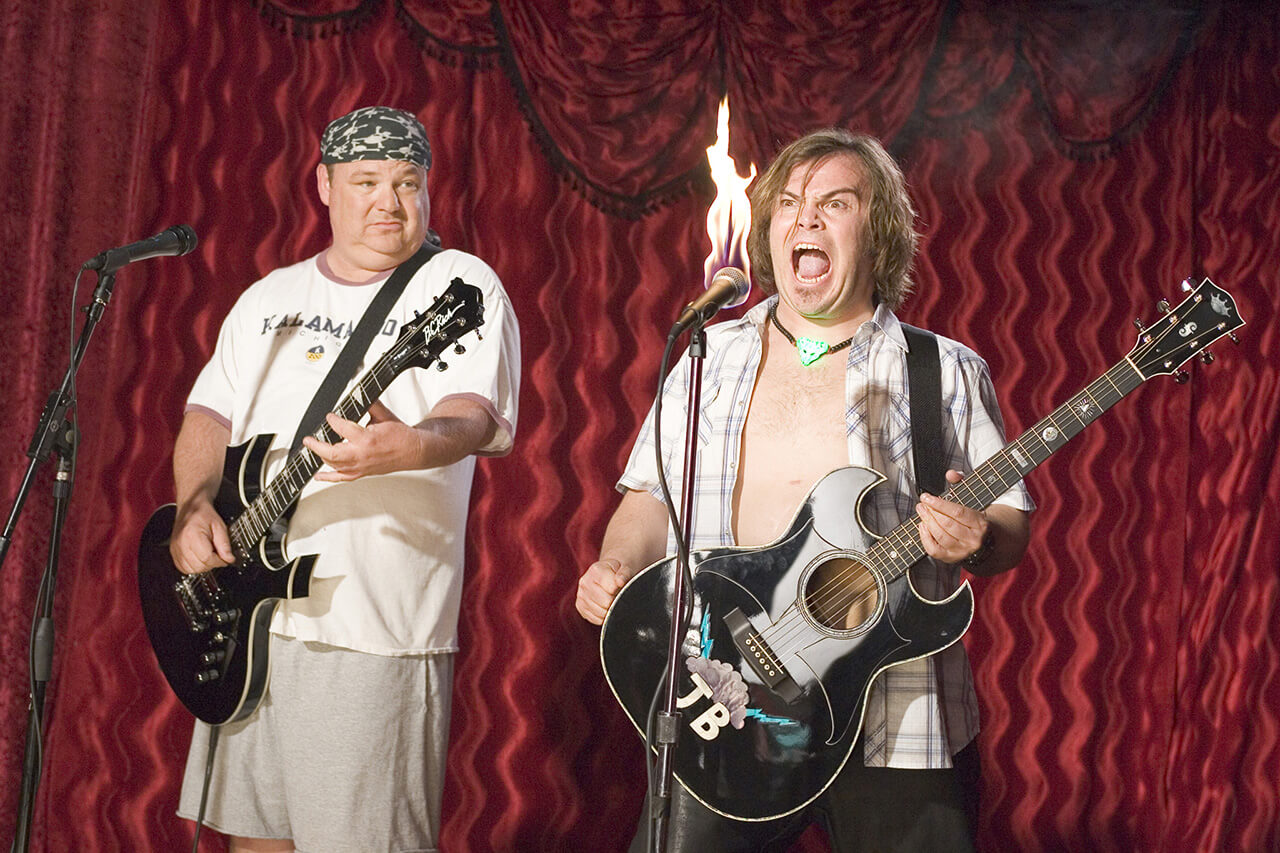 Seth Rogen, Joseph Gordon-Levitt, and Anthony Mackie trip out to give you one of the best trippy movies this decade! While this may not be the best Christmas movie to watch with your family, it can be the best high movie to watch with your friends! The story follows three friends who have been meeting up for Christmas for the past ten years. However, one of them (Seth Rogen) is about to have a baby, which means their tradition will come to an end. Rogen’s wife thinks it would be a great idea for the friends to spend their last Christmas with a ton of drugs which the friends use to make the night as memorable as possible!

This isn’t one of the typical stoner movies because this one is more than just weed! The night unfolds with many trippy scenes, slapstick comedy, and the hilarious absurdity that comes with weed movies! 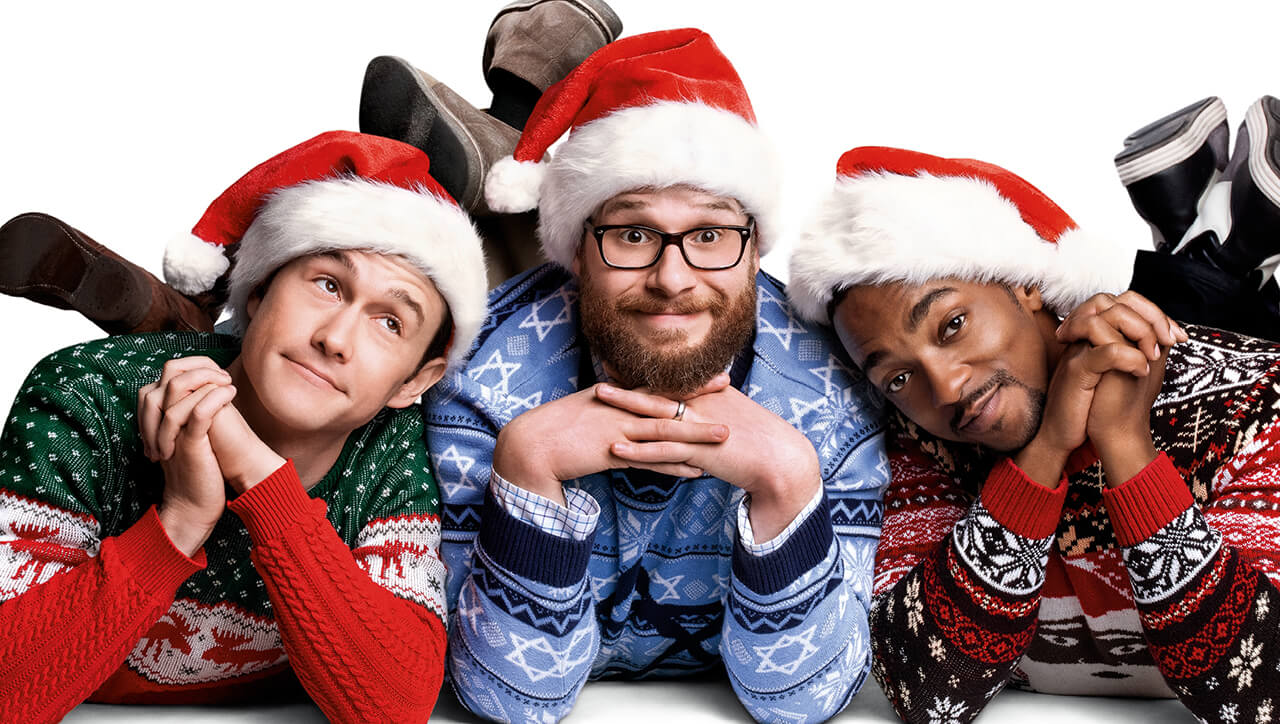 This is the End

Remember when everyone thought the world would end in 2012? This is the End marks 2013, an apocalyptic year where almost all of Hollywood’s celebrities meet their end. The movie was written by and stars Seth Rogen, so you know it will be one of the best high movies to watch if you haven’t already. Six people from the all-star cast finds themselves stuck in a house with the apocalypse happening outside. Caused by an earthquake and followed by alien-type beams sucking people up into the sky, This is the End checks all the right boxes for a stoner comedy. The movie has it all, from aliens to demon possession. All of it somehow fits in perfectly yet imperfectly in place. Critics on Rotten Tomatoes have accurately explained the imperfection of the film as: “Energetic, self-deprecating performances, and enough guffaw-inducing humor make up for the flaws in This Is the End loosely written script.” 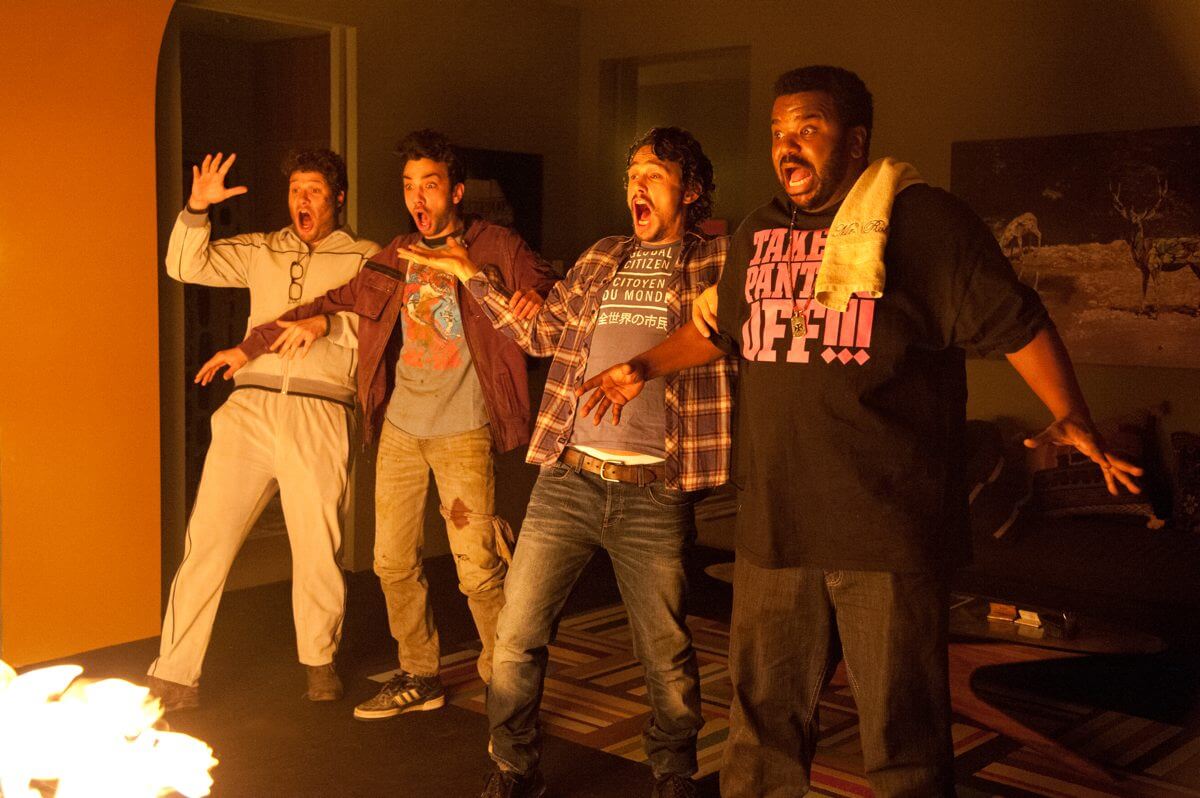 Starring the literal face of the pro-weed movement, Mac and Devin go to High School falls under the top 50 stoner movies. Mac and Devin are played by Snoop Dogg and Wiz Khalifa, one of whom is a geeky student while the other is the school stoner. We’ll let you guess which is which! This funny stoner movie is about a high school student in his 15th year of school, while the other is trying to write his valedictorian speech. Instead of finishing the year off strong, the valedictorian finds himself befriending the stoner senior and is introduced to cannabis. The amount of lighting up will make you want to light up, too, so be warned! Snoop Dogg made sure to put in enough “high” context here, such as the name of the school, N. Hale, a play on the word inhale. Smart, isn’t it? Another fun fact is that the movie was inspired by the hit song “Young, Wild, and Free.” Of course, we expect this from Snoop Dogg, but it still tickles our funny bone! 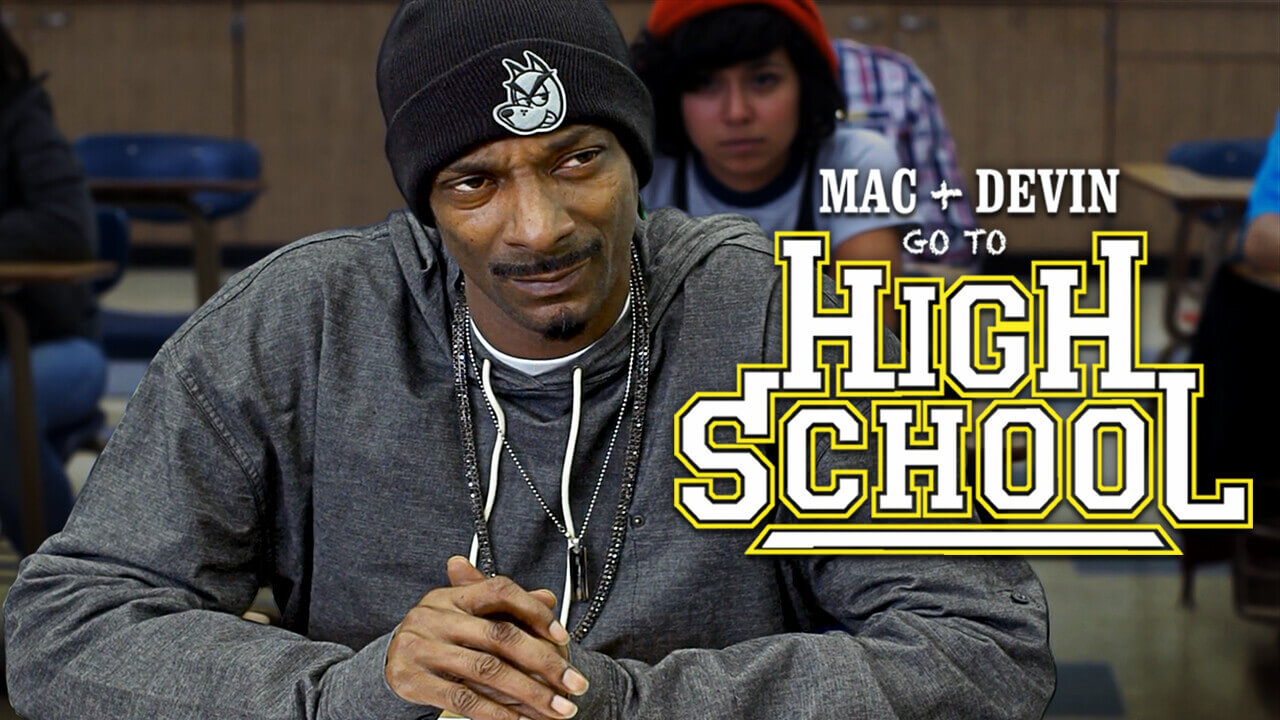 With this ultra comprehensive guide of what to watch when stoned, we leave no stone unturned, from the first-ever stoner movies to the latest (and some would say lamest). Whether it is what critics love or hate, we have it. Whether you are looking for a good movie to what while high or looking for what to watch before you light up, we’ve made it easy for you! Just make sure not to watch these movies with kids. You don’t want to have to explain drugs to them before consuming them legally (depending on where you are in the world). If you think we are missing an essential stoner movie, let us know, and we’ll add that to our watch list too! Happy watching!

Welcome to the Artisan Club!
82 customers are currently on the website